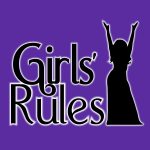 Surviving the Holidays, a Stitch ‘n Bitch Discussion, recorded on Saturday after Thanksgiving 2010.

Do not play with children present, as we discuss the magic of Santa Claus and want no part of spoilers!

Join us in my living room as we have an unplanned discussion on how we manage to survive the overwhelming crush of the holidays with most of our sanity intact. We also discuss some of our favorite holiday traditions and trying to make the holidays special for ourselves and our families.
We cover old and new traditions including meals, desserts, shopping and decorating.
One thing of note, when Andrea asked how our pup reacted to the tree, I neglected to mention that we used a bitter orange spray on it. I don’t know how much that helped since we never left her unsupervised with the tree and were quick to correct her behavior. This combination made the tree off-limits to her. Since we’ve now put the tree up again, we’ve learned that the bitter orange remains on the tree and hope it will keep her away from it again.

Also, I don’t detail what we did with the reindeer food. As the last thing for the kids to do before bedtime, they would simply go outside and sprinkle it in the yard so that Santa would know where they were. This was especially useful when they were believers and might have worried if Santa would know which parent’s house they were at on Christmas Eve. Be warned, because if it rains it looks really nasty but is really just sparkly oatmeal. 🙂